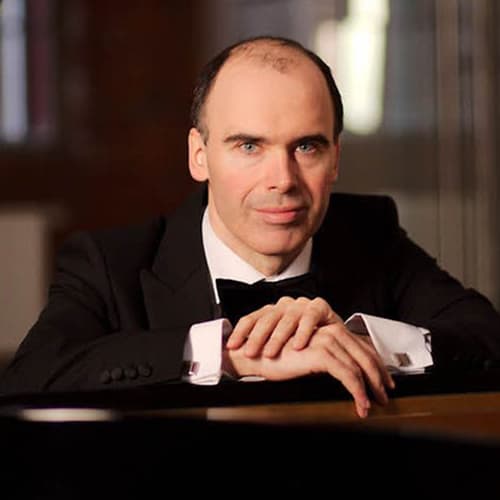 Alexander Meinel, born in Halle (Saale), gave his debut as pianist at age 17 at the Gewandhaus zu Leipzig. During his studies at the HMT “Felix Mendelssohn Bartholdy” Leipzig with Herbert Sahling and Joel Shapiro and at the Juilliard School New York with Jerome Lowenthal, he won prizes in national and international competitions in Weimar and Bayreuth. He performed at music venues as the Semperoper Dresden, the Konzerthaus Berlin, the Sun Yat Sen Memorial Hall in Guangzhou, the Cité de la musique Paris and the Lincoln Center New York and played under conductors such as Stefan Fraas, Ruben Gazarian, and David Robertson.

He aroused audiences with integrals of the 32 piano sonatas by Ludwig van Beethoven which he performs in several cities of Germany. At the 250th anniversary, he plays series of the complete piano sonatas of Wolfgang Amadeus Mozart. His recordings of Beethovens Hammerklaviersonate as well as piano concerti by Mendelssohn and Schumann received enthusiastic acclaim by renowned critics. As chamber musician Mr. Meinel played with renowned Artists, among them the Vogler- and Gewandhaus Quartet, the Ciurlionis Quartet, the cellist Peter Bruns and the clarinettists Charles Neidich.

Mr. Meinel teaches many international piano students at the HMT Leipzig and has given master classes in several countries of Europe and Asia. Besides serving as Vice Dean at the HMT Leipzig, he was appointed President of the Chopin-Society of Leipzig, who organizes the “Leipziger Chopin-Tage”, an annual piano festival featuring representative artists from all over the world.